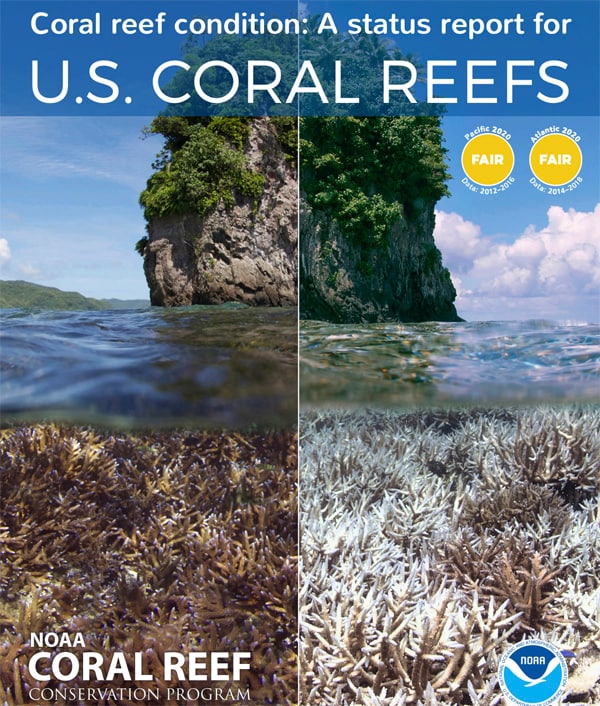 Scientists are sounding the alarm about the decline of coral reefs under U.S. jurisdiction, with Florida ranking as the most degraded, with “perhaps as little as 2% remaining.” The report, released Tuesday, Nov. 10, 2020 by the National Oceanic and Atmospheric Administration and the University of Maryland, took stock of the health of coral reefs.

A first of its kind assessment of coral reefs in U.S. waters is again sounding the alarm over the continued decline of these sensitive underwater ecosystems, which scientists deem essential to the health of the world’s oceans amid the environmental effects posed by human activity and climate change.

The report, released Tuesday by the National Oceanic and Atmospheric Administration and the University of Maryland, took stock of the health of coral reefs under U.S. jurisdiction, from Guam and Hawaii in the Pacific to Florida and the U.S. Virgin Islands in the Atlantic.

“Our work in the Pacific and Atlantic Oceans shows a dire outlook for coral reef ecosystem health, from warming ocean waters, fishing, disease, and pollution from the land,” said Heath Kelsey, director of the University of Maryland Center for Environmental Science.

The reefs off the Florida coast are the country’s most degraded, with perhaps as little as 2% remaining, officials said.

When healthy, coral constitute breathtaking underwater colonies of tiny organisms, known as polyps, whose hardened skeletons form clumps or fingerlings of underwater rock known as reefs. The profusion of life they support, including fish and other aquatic creatures, is an important component of the marine ecosystem.

The reefs are natural barriers to storm surges, particularly in regions susceptible to hurricanes. 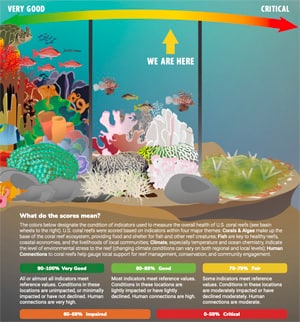