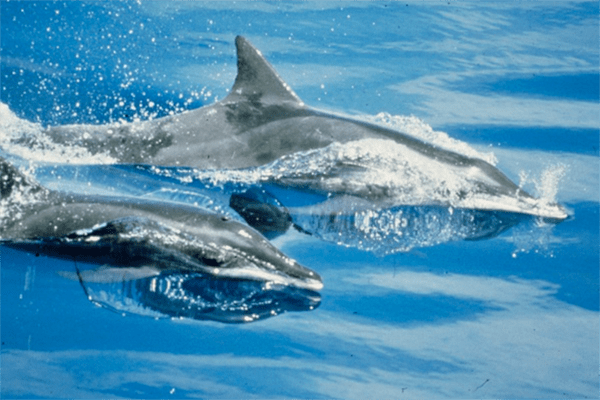 Dolphin researchers got a rare glimpse of rough-toothed dolphins’ social behaviors during a six year study off Mexico’s west coast. They observed the animals sharing food and interacting in social groups, much like humans.

Researchers have discovered some dolphin species have a lot more in common with humans than first thought. Scientists from FIU Institute of Environment, Whales of Guerrero, City University of New York and Fundación International para la Naturaleza gather in groups. They have strong social interactions. They share food. And sometimes, they get frisky.

Like most whales and dolphins, rough-toothed dolphins spend 80 percent of their time in the ocean depths – away from the prying eyes of researchers. It makes painting a good picture of how these dolphins behave and how they survive in a challenging environment such a mystery.

In January 2020, researchers got lucky. Spotting a group of four rough-toothed dolphins, they launched an aerial drone.  They observed these dolphins sharing food. This time they were able to collect and analyze high definition videos of the behavior, which is known to exist in primates and bats but has rarely been documented in dolphins and whales.