The Lake Worth Lagoon Drift Card Study (AKA Lagoon Drift) is a citizen science program that uses a series of coordinated releases of small eco-friendly wooden drift cards to study the motion of water and pollutants in waterways in and around the Lake Worth Lagoon. The study solicits the help of local community members in creating, decorating, deploying, locating, and reporting found drift cards to get a better understanding of how marine debris is transported and accumulates in our area. ANGARI Foundation and our Palm Beach County partners also use this project as a tool to engage the community in the conversation about human impacts on the environment, including plastic pollution and other types of marine debris, and the effects they have on marine life.

Palm Beach County Lagoon Drift experiments began in 2017 as an extension of the Biscayne Bay Drift Card Study (AKA Bay Drift) initiated by the Consortium for Advanced Research on Transport of Hydrocarbon in the Environment (CARTHE) at the University of Miami. CARTHE developed the Bay Drift project in 2016 in an attempt to understand the origins of the growing marine debris problem seen along Miami shorelines and, in particular, at Vizcaya Museum & Gardens. 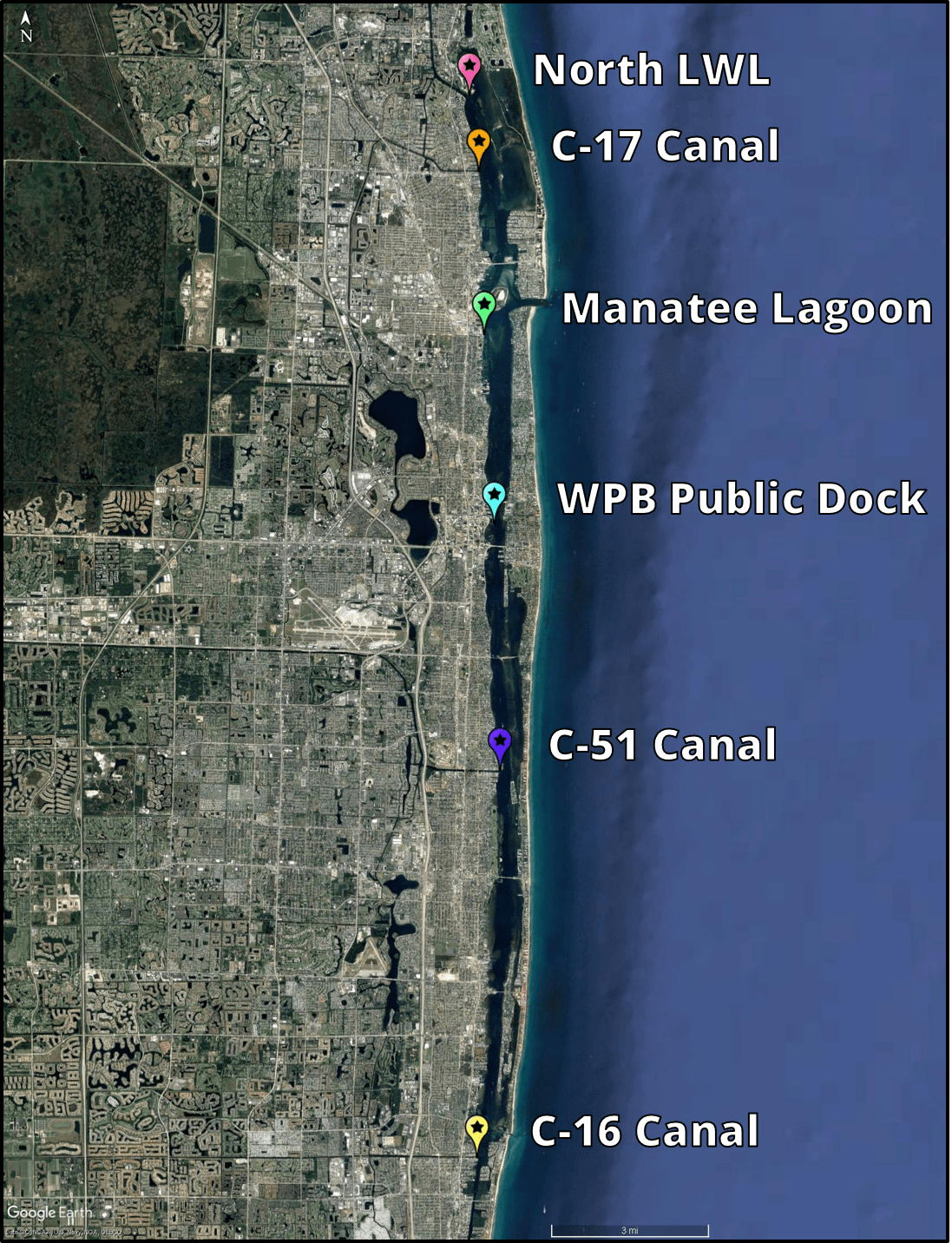 The drift cards were designed by the CARTHE research team to enable the study of localized ocean currents without negatively impacting the marine environment. Each eco-friendly card is:

WANT TO GET INVOLVED?

If you have any questions or would like to become a program partner, please email lagoondrift@angari.org.

Media inquiries can be sent to media@angari.org.

Lake Worth Lagoon Drift In The News