Meet Nemesis, one of the many endangered great hammerhead sharks that spends her winters in Bimini, The Bahamas.

While great hammerhead sharks rarely attack humans, society has had the opposite effect on the hammerhead shark populations. Hammerheads are heavily fished for their large fins, which are extremely valuable in the Asian markets. Due to overfishing, their populations have declined significantly worldwide, and hammerhead species have been listed as endangered globally by the IUCN. “Now, it is more important than ever to support wildlife conservation and preserve the heritage of life on Earth,” explains Duncan Irschick, Professor at UMass Amherst and Director of Digital Life. “By creating high quality 3D models of living organisms, we can share animals and their stories with the public.”

Irschick teamed up with the marine science nonprofit ANGARI Foundation and underwater camera pioneer Casey Sapp for an ocean science research expedition, R/V ANGARI Expedition 33, to Bimini with the goal of creating an accurate 3D model of a great hammerhead shark to share with scientists, educators and storytellers.

On site, Casey Sapp used a multi-camera underwater system that allowed the team to capture photographs and video of Nemesis from different angles. Once back on dry land, the team then worked with CG artist Jeremy Bot, who pioneered novel software techniques to recreate the distinctive body shape of Nemesis in an accurate manner using the open-source software Blender, a process that took several months. The result was the only accurate 3D model of a great hammerhead shark, which will be an invaluable digital specimen for usage in 3D computational modeling approaches, studies of shark body condition and health and education. Read more.

Learn more about the modeling methods used in The Making of Nemesis video and experience the 3D model for yourself below.

The Making of Nemesis

Model 73A – Great Hammerhead Shark
by DigitalLife3D
on Sketchfab

* For best 360 video experience, we recommend viewing at the highest quality your device and internet connection will allow. To do this, open video in YouTube > select Settings ⚙️ icon > select Quality > adjust accordingly. 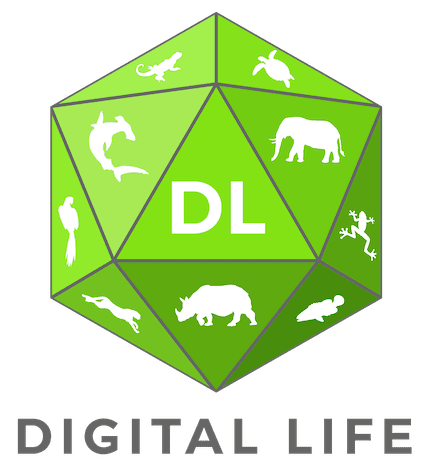