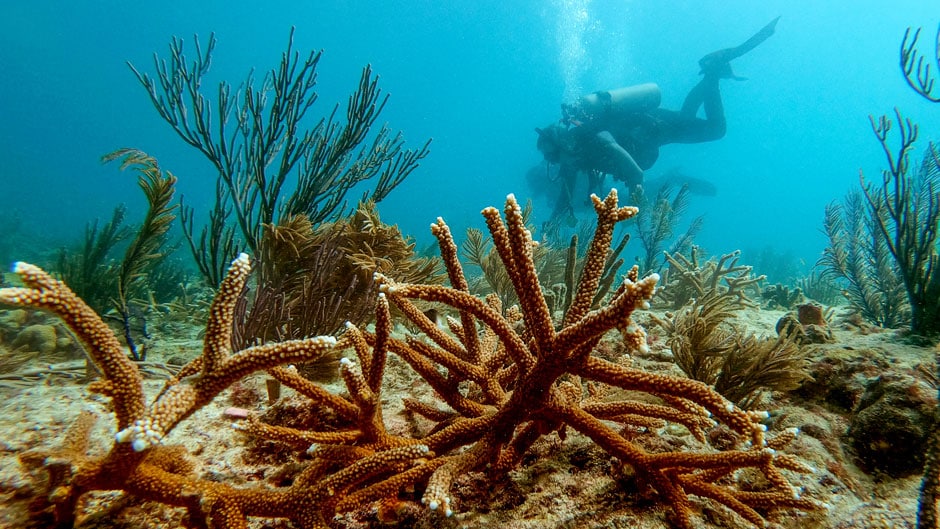 Coral reefs are under attack and scientists are using cutting-edge methods to grow, restore and replant coral on protected reefs.

They are one of the most critical ecosystems on our planet, providing a nest for marine life and acting as a haven for beauty and biodiversity in our oceans. Not to mention their ability to protect our coastline.

But coral reefs are under attack.

During the webinar, marine science professors Andrew Baker and Diego Lirman outlined the obstacles that coral reefs face today. These include the warming of ocean waters due to climate change, which is fueling coral bleaching events, along with a mysterious illness called stony coral tissue loss disease that is slowly infiltrating the coral species in South Florida. There are also the typical hazards of hurricanes and overfishing that continue to hinder coral reefs.

“In the last 75 years we have seen coral reefs slide in terms of their health status and perhaps the most dire and pressing threat to coral reefs today is that of climate change,” said Baker, professor of marine biology and ecology, who leads the Coral Reef Futures Lab. “I think you can argue that more than any other ecosystem on the planet, coral reefs are most threatened by climate change.”

All these hurdles, Lirman said, led to a recent study that compared Florida’s Coral Reef in 1970—when about 40 percent of the reef floor was comprised of stony corals (such as brain corals and branching corals)—to today, when less than 5 percent of Florida’s reef floor contain the same coral.

“For corals that can live hundreds of years, 30 to 40 years is a very short period of time for this dramatic loss,” said Lirman. 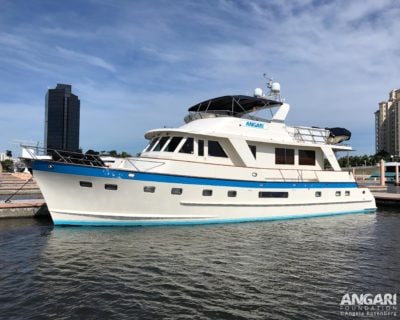 For survival, dolphins share fish and a little more