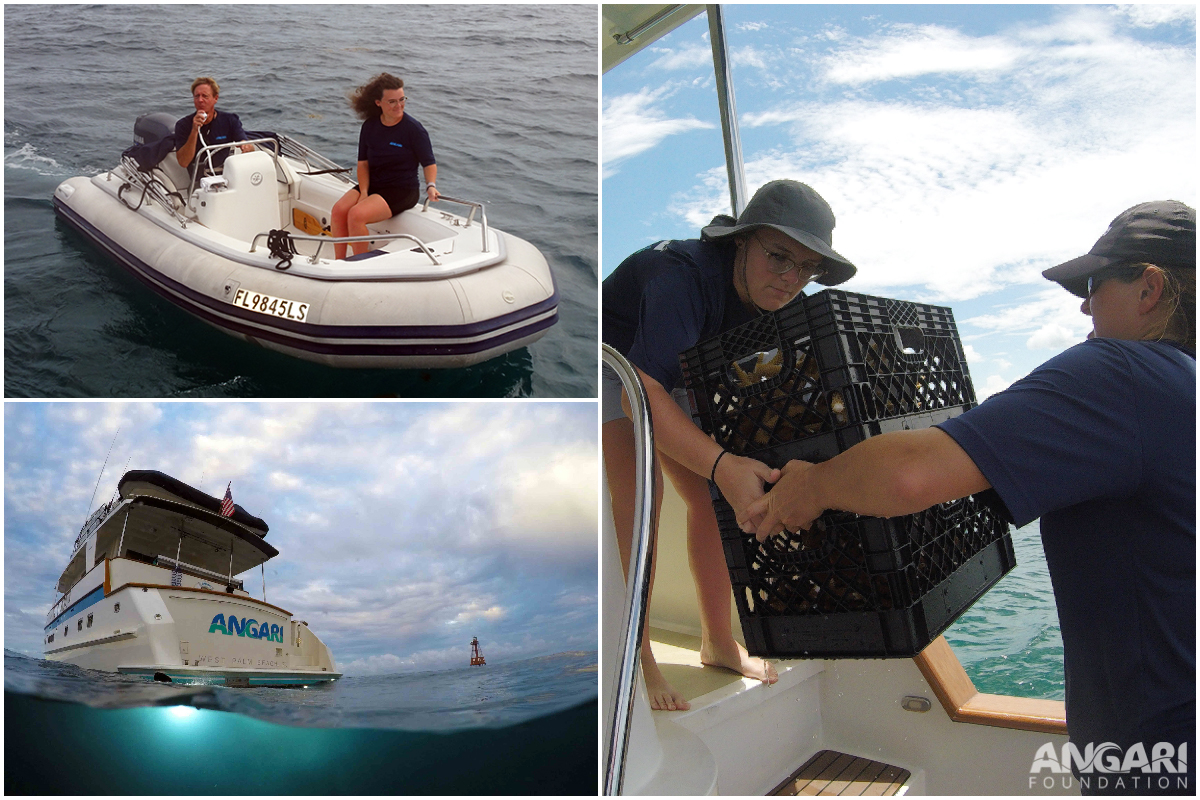 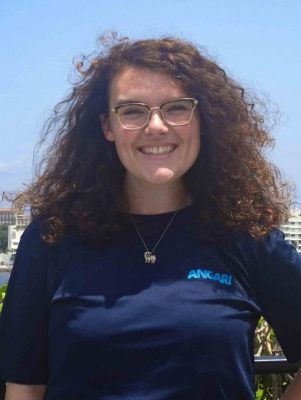 The fifth annual CORALPALOOZA™ event hosted by Coral Restoration Foundation (CRF) was my third expedition alongside ANGARI Foundation as a part of my summer 2019 internship. CORALPALOOZA™ 2019 consisted of 250 volunteer scuba divers harvesting and outplanting 1,760 coral fragments in a collective effort to help restore the Florida Reef Tract throughout the Florida keys. I was so excited to help ANGARI support CORALPALOOZA™ as an Ecosystem Sponsor and to take part in World Oceans Day on June 8, 2019.

It was a 9-hour transit from R/V ANGARI’s home port, Palm Harbor Marina in West Palm Beach, to the beautiful Carysfort reef just offshore Key Largo. During our transit, I remember the electric blue waters of the Gulf Stream and teal blue waters of the Straits of Florida in the Florida keys as one of the most extraordinary sights in the world, which ultimately reminded me of my appreciation for the marine world and how important it is to cherish such a precious environment. I was in awe at the beauty, as growing up in Indiana and going to college in Mississippi, I had never seen anything like that! Upon arrival, we anchored and settled in one of R/V ANGARI’s staterooms. Sleeping in the bunk bed was really cool, and I got to share a room with two of my ANGARI coworkers! This trip was such a great time for us to get to know each other more outside the typical office setting. We eventually settled in for the night after a long trip and prepared for some early morning action.

Our first day of CORALPALOOZA™ began on June 7th with a delicious breakfast prepared by Kevin, ANGARI’s relief captain. I was always taken back at Kevin’s ability to serve up amazing meals that cater to everyone’s needs. After chowing down on some fresh fruit and delicious breakfast sandwiches, we kicked off the festivities by coordinating with the CRF staff to prepare R/V ANGARI to house 650 of the harvested staghorn coral fragments that would be outplanted the following day.

R/V ANGARI is equipped with a tender, which we used to transport supplies and coral fragments between the vessels out on the water. Kevin and I took to the water to transfer gear, like the aeration systems to keep the corals oxygenated. After I helped fill several containers with fresh seawater from the hose onboard, we set up the aeration systems. We were then ready to welcome the baby corals on the boat! The coral fragments we received onboard R/V ANGARI were all specifically tagged, labeled, and placed in crates in order to keep track of their genetic variations and where they would be planted. After the day ended, we docked overnight at a marina in Key Largo. With all the coral fragments onboard, it was our mission as a team to make sure the fragments stayed happy and healthy by avoiding extended exposure to direct sunlight and keeping the fragments fully submerged at all times.

As World Oceans Day dawned, day two of CORALPALOOZA™ commissioned a mass of volunteer divers to outplant the corals. The coral fragments were transferred from our vessel to surrounding dive boats so they could be planted in new parts of the reef and happily flourish. While the divers were underwater, we welcomed Ocean Allison, a marine biologist and ocean communicator, onboard for a special interview covering the event and World Oceans Day. We were also fortunate to have Jack Fishman, a Community Conservation Officer from Project AWARE, onboard with us for a portion of the day. As an experienced photographer and avid drone flyer, he was able to take absolutely stunning photos of the reef and the event from R/V ANGARI! As the media and marketing associate for ANGARI, Rachel Plunkett made sure to capture plenty of memorable pictures for the expedition, while updating followers on all of ANGARI’s social media platforms throughout the event. Throughout the day, I was around the vessel helping out in several areas, part of which included being Rachel’s right-hand gal. Between assisting Rachel with recording interviews and being an extra hand for anyone on deck, the entire event was a thrilling experience. We had a few hours of down time after the excitement of outplanting, so Rachel and I were able to grab some snorkel gear and jump in the water before heading inland!

One of my most fond memories from the expedition was the chance to meet and connect with not only CRF staff, but also their summer interns. It was such a great experience to chat with people who were my age and see where they came from and what they wanted to do in the future. My favorite thing is the opportunity to meet and interact with new people! One of the CRF employees happened to be from Greenwood, Indiana, which is coincidentally my hometown. What a small world!

Overall, I experienced a lot of firsts on this expedition. This was my first trip to the Florida keys and my first time ever being able to witness some amazing marine species, like Caribbean reef squid and spotted eagle rays, in their natural habitat. Experiences like this are extremely humbling. To me, it is a reminder that we, as a collective group, are working towards conserving these animals and the environments they live in. The most notable thing about CORALPALOOZA™ is that while the public event takes place once per year, it only represents a small fraction of the thousands of corals planted by Coral Restoration Foundation year-round. CORALPALOOZA™ is an amazing collaborative effort to raise awareness and involve the public in helping to restore crucial ecosystems, which is one of the reasons why I was so happy to join ANGARI on this expedition.

Learn more about this expedition here.