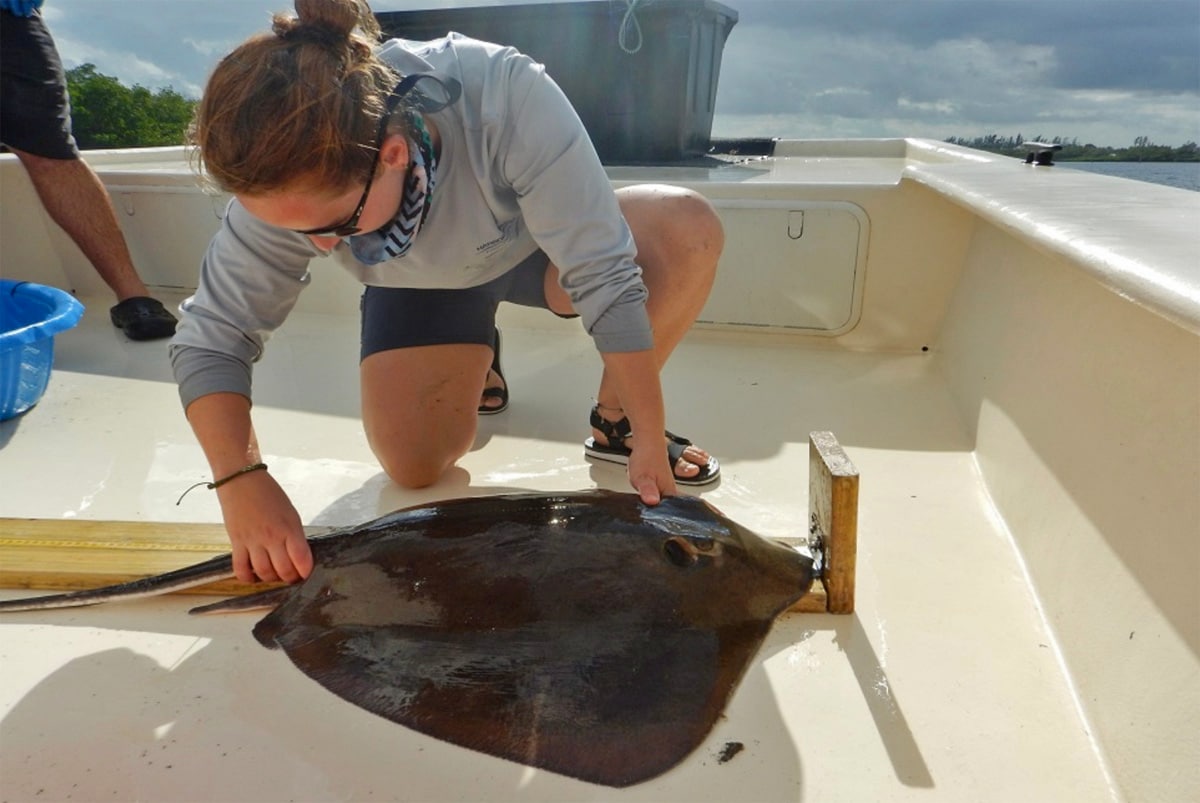 Researchers from FAU Harbor Branch Oceanographic Institute conducted a survey of sharks, skates and rays in the Indian River Lagoon – an estuary that has suffered from recent harmful algal blooms resulting in degraded water quality and fish kills.

Many elasmobranch species, which include sharks, skates, and rays, use estuaries as nurseries, for birthing, and as foraging grounds. Florida’s Indian River Lagoon is one of 28 estuaries designated as an “estuary of national significance” by the Environmental Protection Agency’s National Estuary Program. In recent decades, this estuary has experienced many environmental impacts, such as habitat degradation and harmful algal blooms resulting in degraded water quality and fish kills. Currently, there is a substantial data gap surrounding the status of elasmobranchs in this estuary system.

Researchers from Florida Atlantic University’s Harbor Branch Oceanographic Institute conducted a fishery-independent survey to characterize the elasmobranch community and understand distribution patterns and habitat use in the Indian River Lagoon from Sebastian to St. Lucie Inlet. This study provides the first long-term, in-depth analysis of the elasmobranch community in the southern Indian River Lagoon and develops capacity to understand how these species may respond to further environmental changes.

Results of the study, published in Estuaries and Coasts, the journal of the Coastal and Estuarine Research Foundation, showed that many elasmobranchs use the southern Indian River Lagoon throughout their life histories and the area may serve as an important nursery habitat for multiple species.

ANGARI Deep Dive: Coral reefs are under attack and scientists are using cutting-edge methods to…

Sharks eating anglers’ catches with impunity, but is it a species rebound or a problem?

Commercial anglers say there are too many sharks and their catch is at risk. Conservationists…

Florida could see a sea turtle baby boom – thanks to pandemic

More successful nesting rates have been recorded during COVID beach closings in Florida, and this…