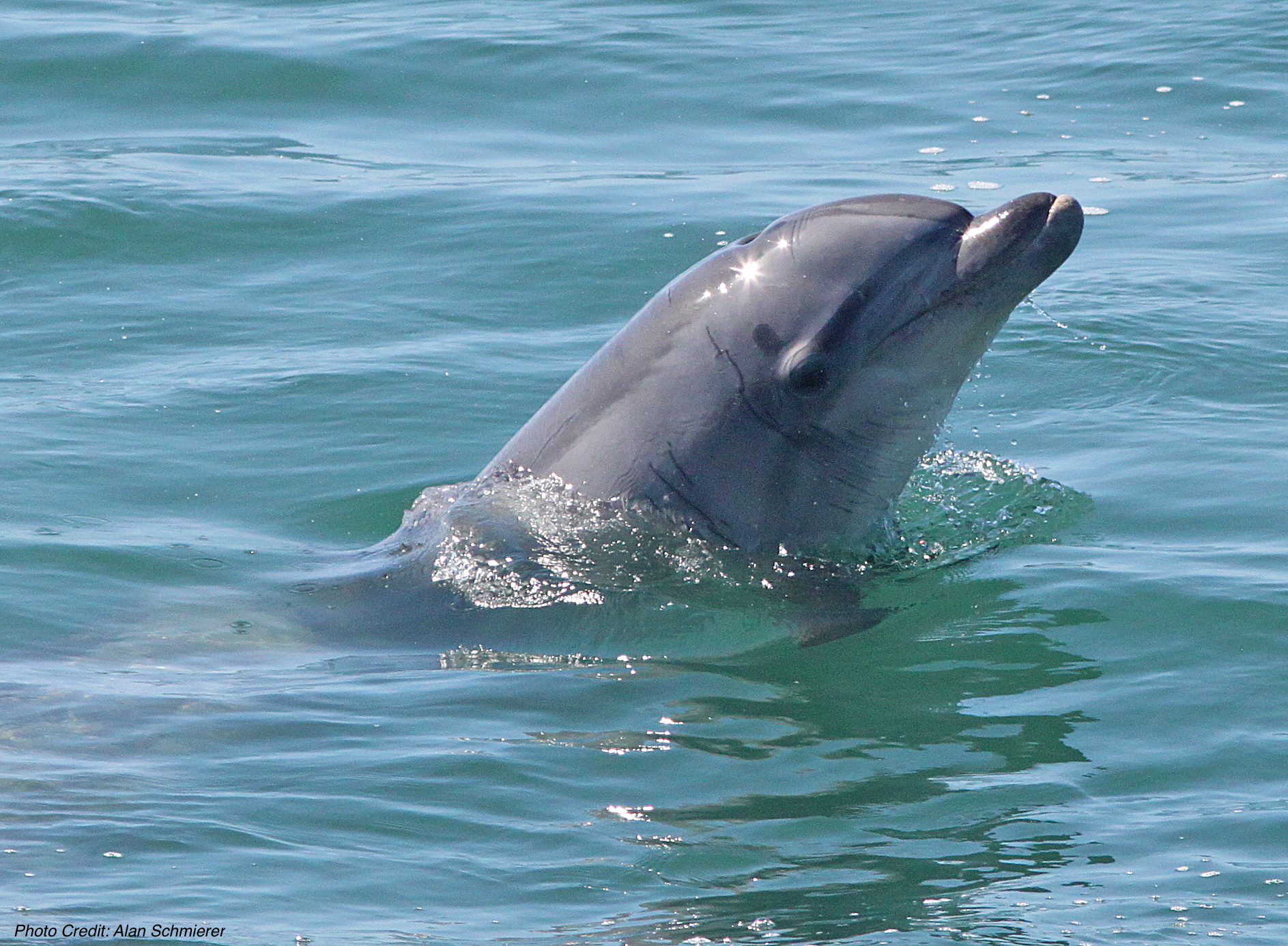 The common bottlenose dolphin (Tursiops truncatus) is a marine mammal and has become popular to many through features in films and shows. Bottlenose dolphins are commonly observed in coastal waters throughout the world and love riding bow waves and wake created by boats. This means these animals are always a species to keep a lookout for when traveling on the water.

#1: Where do common bottlenose dolphins live?

Bottlenose dolphins can weigh up to 1400 lbs and reach lengths of 12.5 ft.1 They are found in temperate, subtropical and tropical oceans around the world. In the wild there are an estimated 600,000 bottlenose dolphins, with some populations living inshore and others spending their time offshore.

Bottlenose dolphins are known to live to roughly 50 years old and reach sexual maturity when they are about 13 years old. They can breed all year round but tend to breed in the spring. A female will bear a single calf every 3 – 6 years, and the calf will rely on her milk for its first 20 months of life.

#3: How does the common bottlenose dolphin hunt?

To hunt for food, bottlenose dolphins use a technique called echolocation. Dolphins make up to 1,000 clicking noises per second,2 and the noise waves travel underwater until they meet an object. The clicks bounce off the object and back to the dolphin and provide them with the location, size and shape of their prey. 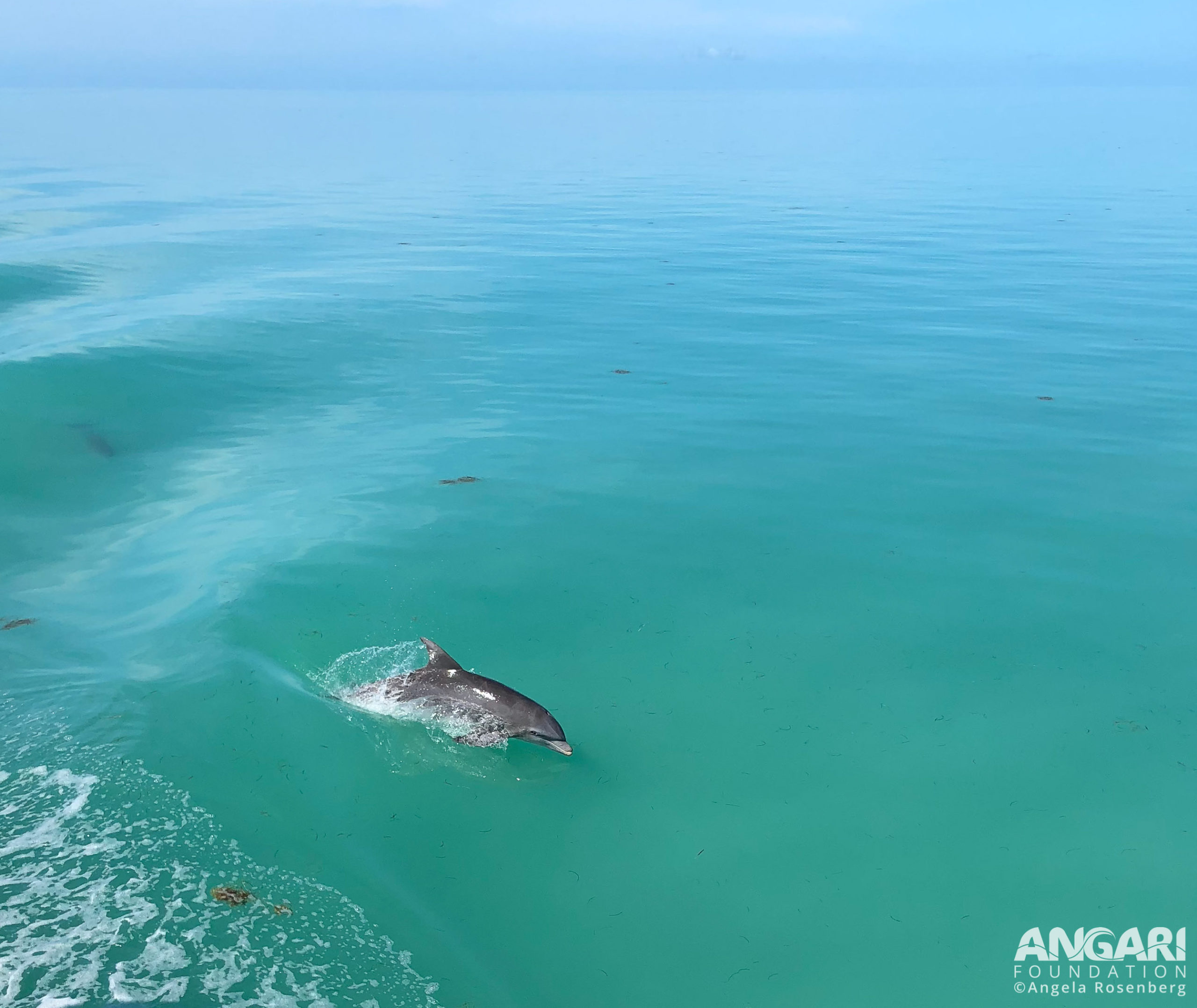 #4: What do common bottlenose dolphins eat?

A bottlenose dolphin’s diet consists of eel, shrimp, squid and a variety of fish. To make it easier on themselves, they sometimes follow fishing boats and feast on the leftovers. Interestingly, they don’t chew their food and instead swallow it whole and head first to avoid getting damaged by sharp fish scales.

#5: How well adapted is the common bottlenose dolphin for the marine environment?

Bottlenose dolphins are extremely well adapted for their life in the ocean. They have a flexible spine to allow an effective, up and down swimming movement; flat pectoral fins that help them steer; and specialized internal organs like their lungs that can compress during dives to combat the pressure increase that occurs as they dive deeper.

Did you know that bottlenose dolphins have a larger brain mass than humans? Their brains weigh on average 1600g (3.5lbs) compared to human brains that weigh 1300g (2.8lbs).3 However, a dolphin’s brain to body mass ratio is very similar to human’s! These marine mammals have been witnessed using tools to hunt, which shows a high level of intelligence. One example of this is off the coast of Western Australia where they have been seen using sea-sponges, held in their mouths, to forage and disturb the seafloor, which causes small fish to come out into the open.

Dolphins enjoy playing, which might include jumping, flipping and riding waves created by boats or whales. Dolphins will even blow bubbles with their blowholes – a trick that is actually learned from watching other members of their pod. 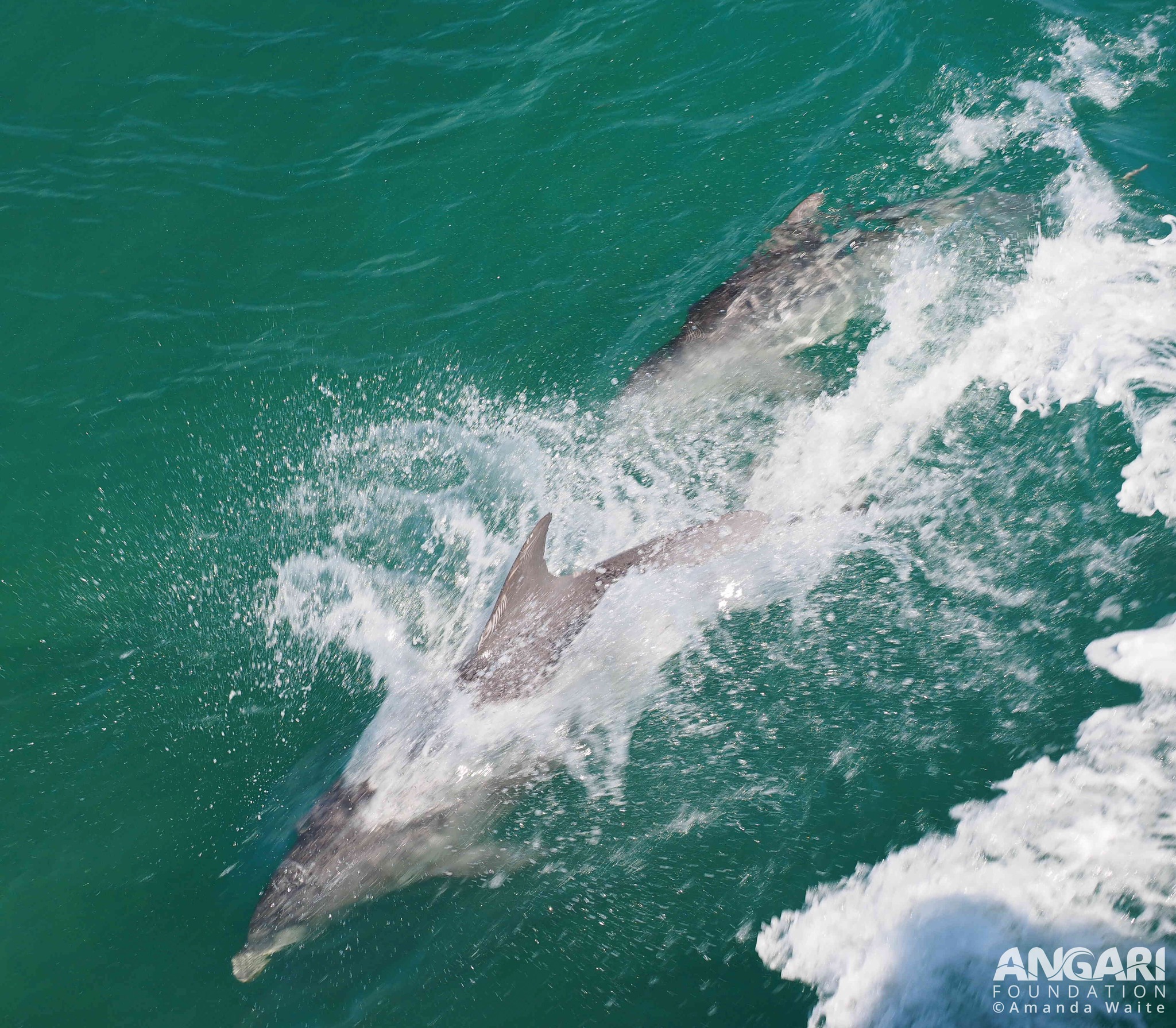 Bottlenose dolphins are excellent swimmers and can reach speeds over 12 mph. While exerting energy swimming, they surface two to three times per minute to breathe often. Dolphins are social animals and travel in groups called pods. A pod averages 15 dolphins but can be over 100!

Common bottlenose dolphins are not currently considered a threatened species but still face challenges. They are vulnerable to being caught in commercial fishing gear and can be negatively affected by ocean pollution, plastics and waste due to human behaviors.

The east coast of Florida is an example of an area where an increase in human development and agricultural activities are causing issues with the local bottlenose dolphin populations. Increasing levels of mercury found in these waters, which they inhabit, are concerning.