Have you ever been lucky enough to come face-to-face with a sea turtle while snorkeling or SCUBA diving? Maybe you have come across a nesting sea turtle or spotted sea turtles tracks while on the beach? This could have been a green sea turtle (Chelonia mydas)!

#1: What do green sea turtles eat?

The green sea turtle’s diet changes significantly during its lifespan. When they are juveniles they start out as omnivores, feeding on both animals and plants. Once they reach adulthood, they become herbivores and only eat vegetation for the rest of their lives. Their serrated jaw is well-adapted to tear foliage such as seagrass, which along with algae, makes up a large part of their diets. 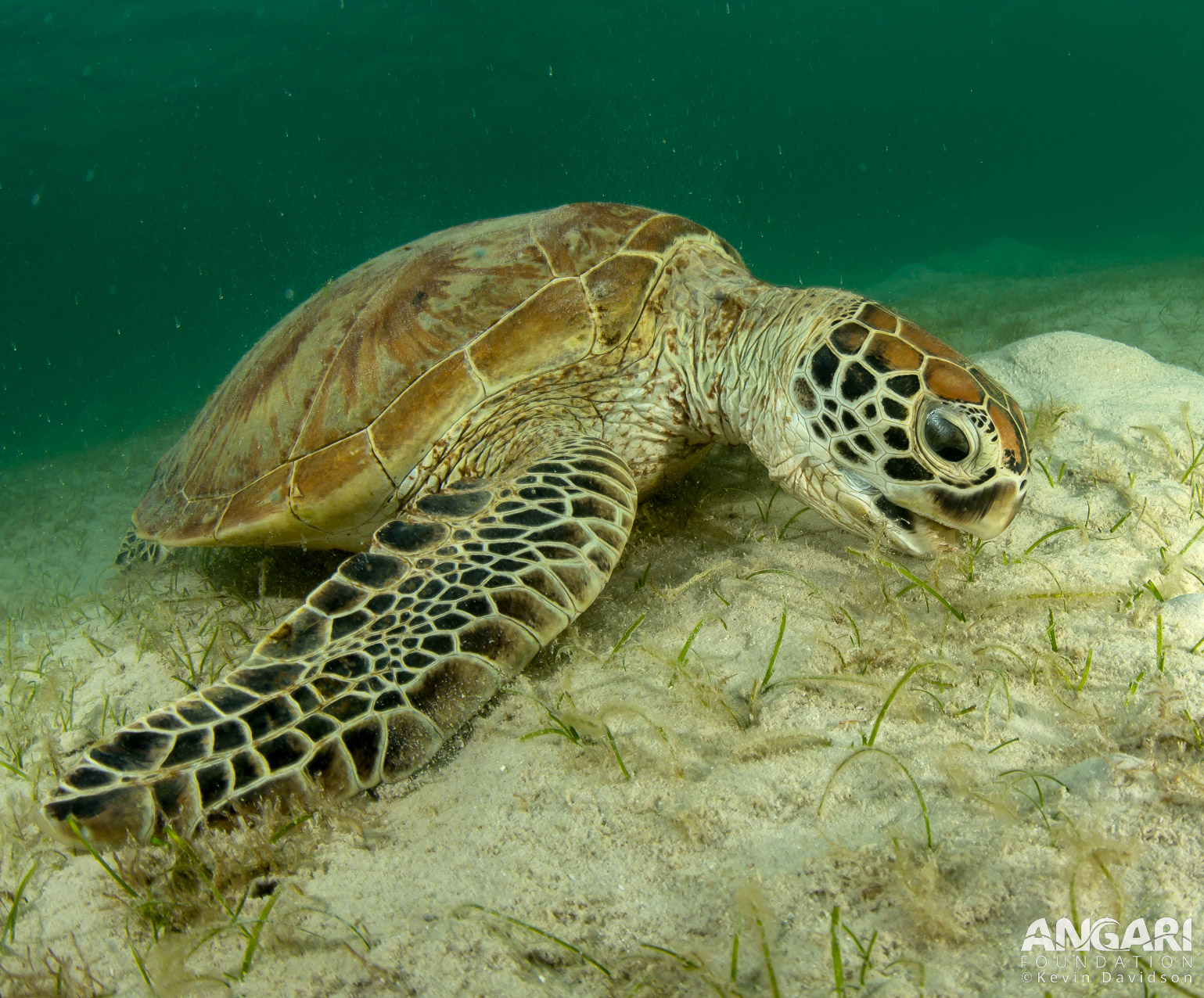 #2: Where did the name green sea turtle come from?

Some people mistakenly think green sea turtles are named for their shells. They actually get their name from the color of their fat, which is green due to the algae and seagrass that they eat.

#3: An underwater life for the green sea turtle.

Green sea turtles spend most of their time underwater, but like other reptiles, they need to breathe air to survive. They can rest for about 5 hours before needing to come up to breathe. They normally only come on land to lay their eggs. However, in Hawaii some turtles have been known to come on land to sunbathe.

When it’s time to mate, both male and female green sea turtles will begin their migrations back to their birthplaces to arrive in time for the breeding season. Females make this journey every 2-4 years, but males breed every year. After mating offshore, the female will crawl onto the beach near high tide and dig out her nest with her flippers to lay a clutch that averages 115 eggs. She may repeat this on average 4 times in one mating season.

#5: What determines the gender of a green sea turtle?

Unlike a lot of species, green sea turtle hatchling gender is not determined by genes but by the temperature of the nest while the eggs are incubating. If 82°F (28°C) or below, there will be mostly males in the clutch. If 88°F (31°C) or warmer, mostly females will develop. Are you wondering about the temperatures in between? If that happens, there will be a mixture of both sexes. With rising global temperatures, what impacts may we witness in green sea turtle populations?

Witnessing a green turtle nest hatching is a very special sight! Hatching takes place roughly 2 months after the nest was laid and when the optimum conditions occur, which can include:

🌊 high tide, so the distance to the ocean is the shortest possible for hatchlings;

🌊 at night, so hatchlings avoid as many predators as possible.

Once ready, the sea turtle hatchlings emerge at the same time, using each other as a ladder to get out of the nest. From there, they use natural signs such as white crests of waves, the slope of the beach or the moon’s reflection on the water to direct them to the ocean.

If you come across a hatchling on the beach, please do the following: stay clear and out of its way, don’t handle the hatchling, keep any pets away from it and turn off any nearby bright lights and flashlights. If the turtle hatchling seems to be injured and you are in the state of Florida, you can call the Florida Fish and Wildlife Conservation Commission 24-hour Wildlife Alert Number at 888-404-3922 between 8 a.m. to 8 p.m.

#7: Lifespan of the green sea turtle.

In the wild green sea turtles can live for 80 years. As adults, their main predator is the tiger shark, and sea turtles use their shell and thick skin as primary defenses against apex predators like sharks. Unfortunately, for a green sea turtle hatchling to reach adulthood, they face even more predators such as sea birds, racoons, crabs and fish. Only 1 in 10001 will make it past these threats and survive into adulthood. 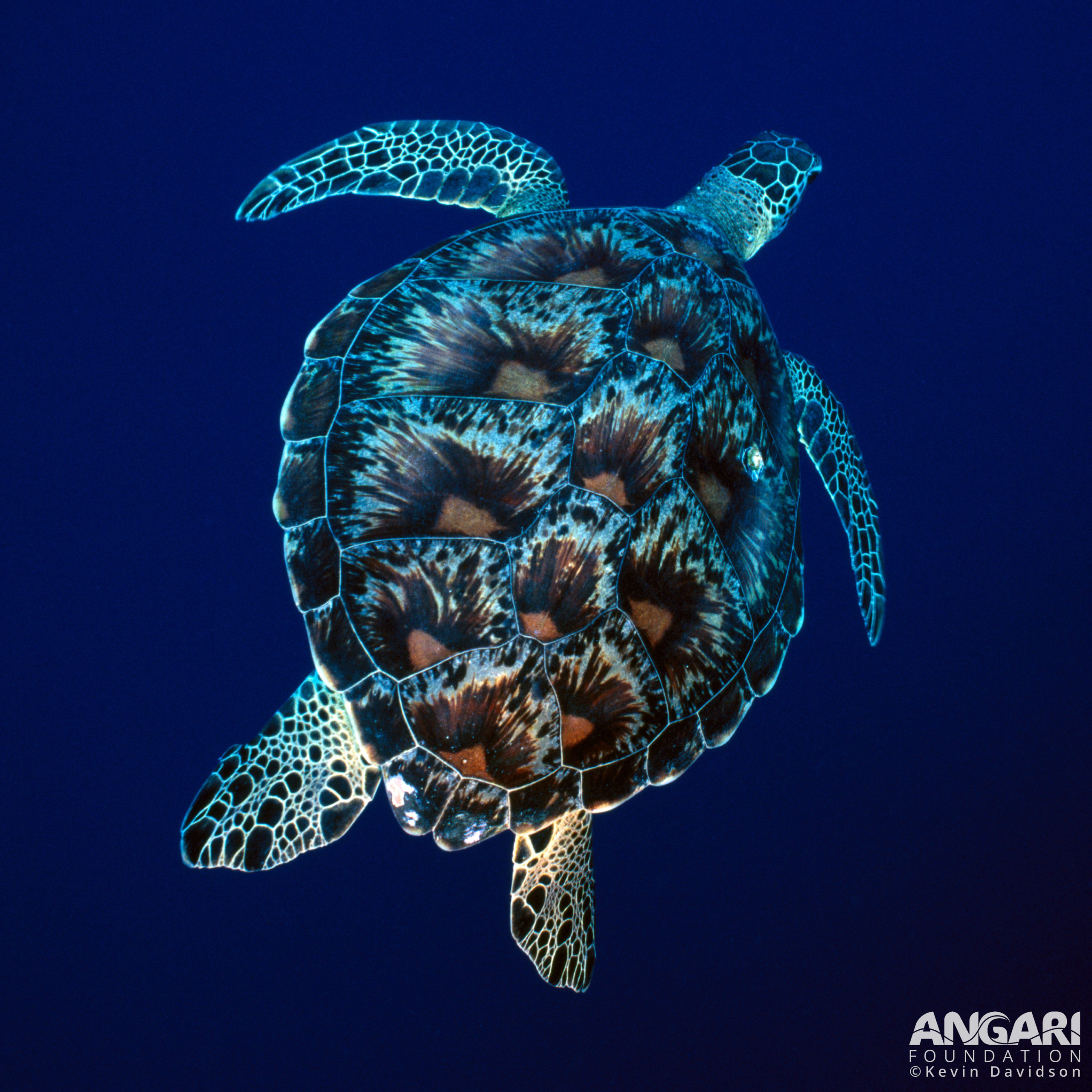 #8: The green sea turtle is a prehistoric species.

Have you ever thought that green sea turtles look a bit prehistoric? We wouldn’t blame you as they are one of the most ancient species in existence. They have been around for 110 million years. That’s back when the dinosaurs were still roaming the Earth!

Green sea turtle populations are declining, and they are listed as an endangered species. Threats such as poaching, habitat loss, plastic pollution and bycatch are all contributing to the decline of this amazing species. To help the green sea turtle we can:

✅ Do your part to mitigate climate change (e.g. reduce water and energy consumption).

✅ Be a responsible beach-goer and clean up after yourself.