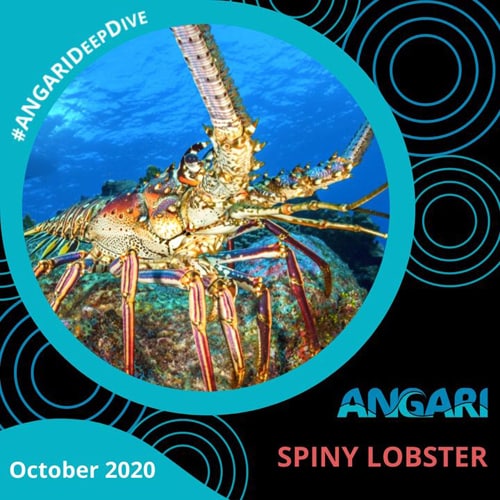 As you might have guessed, the name spiny lobster comes from the forward-pointing spines on their bodies. This species enjoys living in the tropical waters of the Atlantic Ocean, Caribbean Sea and Gulf of Mexico. Have you ever seen a spiny lobster?

Follow ANGARI and #ANGARIDeepDive on social media to see all the posts. 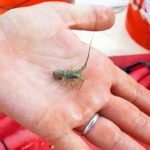 Baby spiny lobsters spend the first six to nine months drifting in the open ocean before they make their way to nearshore algae habitats following a New Moon. A clear puerulus (small lobster child) grows into a juvenile that is the same color as the algae in which it is living. Researchers at MyFWC Florida Fish and Wildlife have been counting these little “bugs” for 30 years. Have you ever seen such a small crustacean?
📸:: Michelle Kerr/FWC 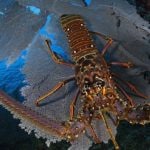 Lobsters commonly hide in reef and rock crevices. If approached a spiny lobster may rub their antennae to make screeching and hissing noises to scare off a predator. If that doesn’t work, the lobster will use its antennae to fight off their enemies, and with two antennae, if they lose one, they are quite adept at compensating with just the one until the other grows back.
📸:: ANGARI Foundation

Ever heard of the Spiny Lobster March? 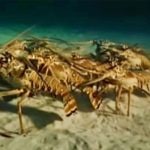 Lobsters normally move from the nearshore reefs to deeper waters every fall after the first winter storm and cold spell. They “march” across dangerously exposed sandy bottom at night for several miles, sometimes traveling up to seven miles in a single night. The march lasts about a week.

Commonly referred to as queuing by marine biologists, up to 40 lobsters will quickly walk single-file, one behind another touching nose to tail so they don’t break contact. If there is a threat, lobsters create a circle like wagon trains in the old West, using their antennae to protect the group.
📸:: Jacques Cousteau Odyssey 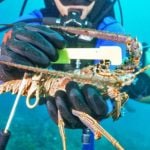 When diving, it’s tempting to grab a lobster you spot and head to the surface with a tasty dinner in hand but don’t forget the recreational lobster regulations! Lobster season runs August 6 through March 31, and you must have a lobster license on top of your Florida saltwater fishing license. Once licensed, you must still follow daily bag and size limits and certain marine parks are off limits completely! 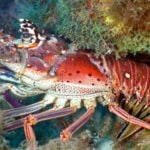 While lobsters will eat almost anything, their favorite diet consists mostly of snails, clams, crabs and urchins. At night, they come out of hiding and eat. Then they return to the safety of their dens several hours before sunrise.
📸:: Coastal Angler & The Angler Magazine 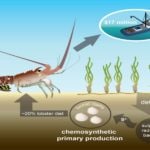 Spiny lobsters get 20% of their food by hunting down Lucinid clams in seagrass beds. The clams get their energy from chemosynthesis which is the biological production of new organic matter using energy from chemicals in the environment rather than energy from sunlight (photosynthesis). 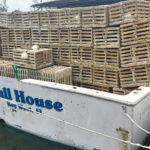 Caribbean spiny lobsters are a commercially important species, with the fishery bringing in millions of dollars in revenue annually. Due to the high demand for lobster meat there are regulations in place including permits, catch limits and size regulations.  Follow regulations, protect reefs and help safeguard this species for generations to come!
📸: Daniel Padron / Miami Herald