The giant barrel sponge (Xestospongia muta) is the Caribbean’s most iconic massive reef invertebrate and can be found throughout the Caribbean Sea and the Gulf of Mexico. It is reddish and brown in color and a particularly interesting species on Conch Reef in the Florida Keys, where it has been studied and monitored since 1997.1

Giant barrel sponges tower over the reef, growing up to six feet across and ten feet high. They are the largest sponge species in the Caribbean and can easily grow to the size of a bathtub! 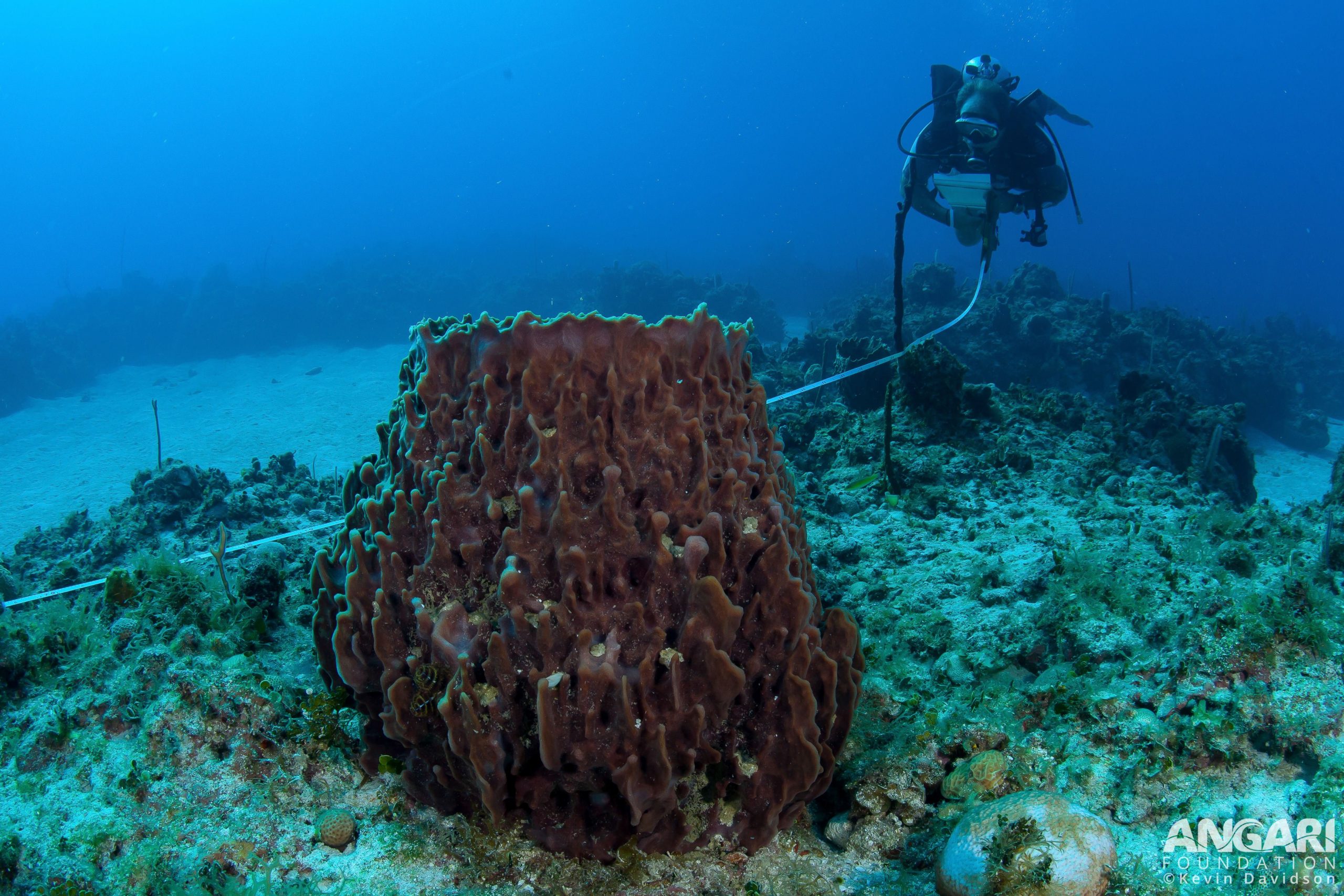 #2: Giant barrel sponges are the “redwoods of the reef.”

Scientists refer to giant barrel sponges as “redwoods of the reef” because of their incredible life span – the oldest ever recorded was estimated to have lived for 2300 years!2 The sponge in this photo is likely much younger but could be anywhere from a few decades to a hundred years old.

Despite their massive size, giant barrel sponges are thought to grow slowly and are only a centimeter or two long when they start their lives. Over many decades, they eventually reach their imposing height. Giant barrel sponges are filter feeders and pump seawater through their bodies to extract floating nutrients. In a single day, a giant barrel sponge may filter over a thousand gallons of water!

The sponge uses collar cells with microscopic flagella to force water into pores on its side and eventually out into its central cavity (called the osculum). It continuously pumps water around the clock, never taking a break! 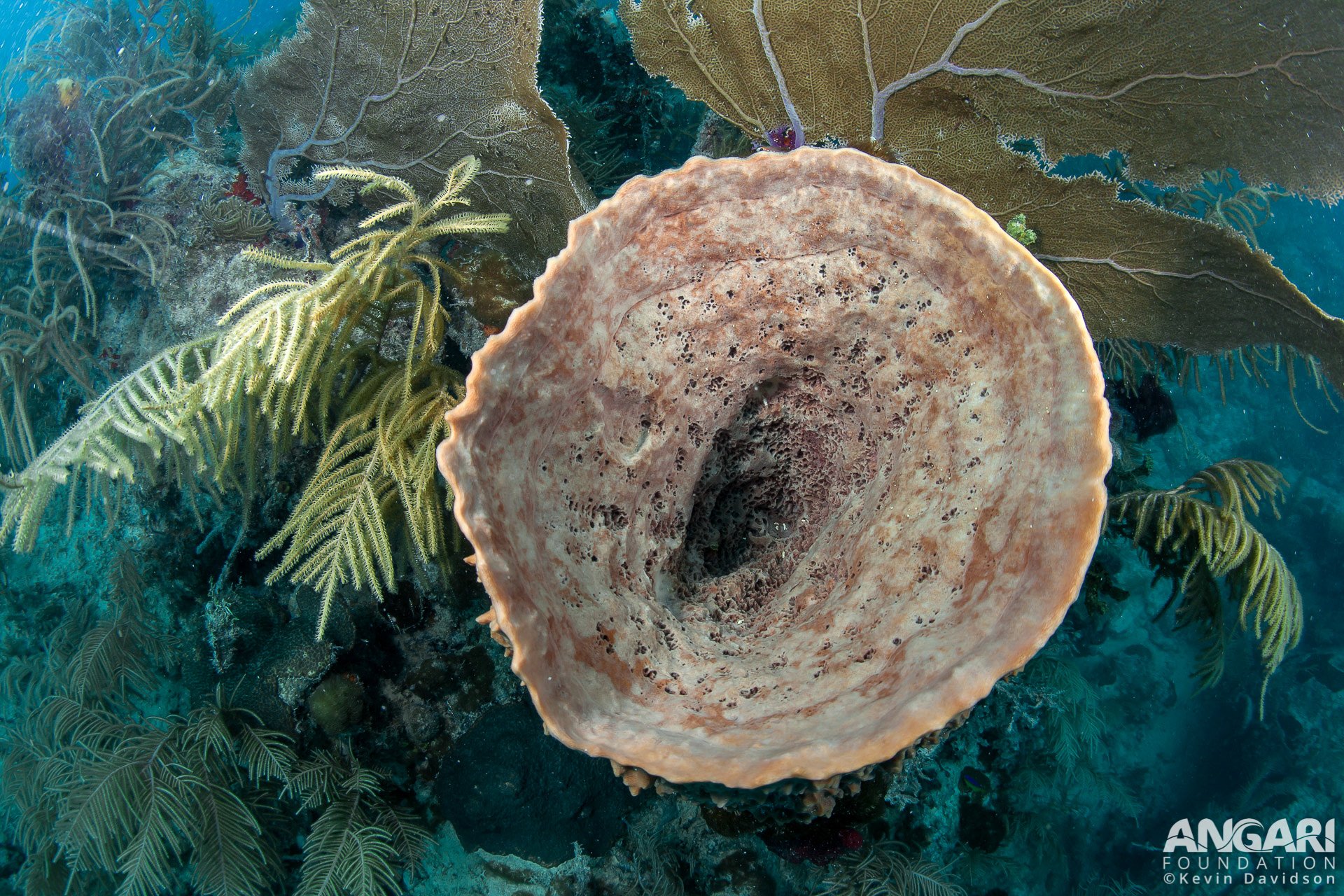 In addition to being the largest sponge species in the Caribbean, giant barrel sponges are also one of the most abundant. They are found on reefs from Bermuda to Belize. Scientists have also observed populations in the Gulf of Mexico. They typically live below 30 feet of water and have been seen at depths up to 300 feet! #5: Giant barrel sponges are so important for the coral reefs!

Although they never move, giant barrel sponges play an active role on the reef! By filtering thousands of gallons each day, sponges clean the surrounding water and keep the reef clear of excess organic waste. Their huge central cavity also acts as habitat for fish, shrimp and other reef invertebrates.

In addition, scientists have observed algae and bacteria living within the bodies of giant barrel sponges that “fix” or remove nitrogen and carbon directly from the water. These fixation processes play an important role in ocean chemical cycles and nutrient exchange between coastal waters and the open ocean. 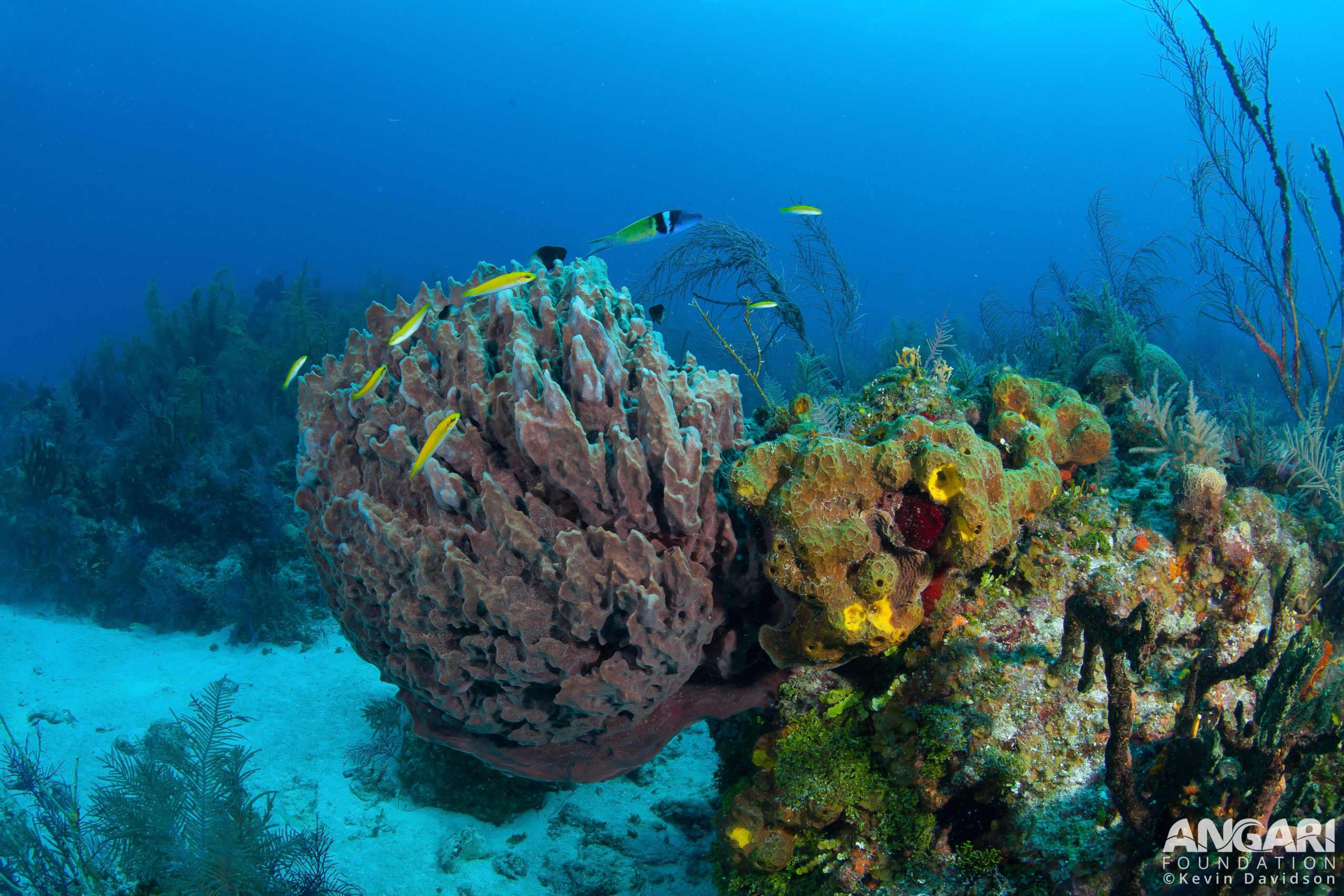 #6: What is the relationship between giant barrel sponges and cyanobacteria?

Giant barrel sponges host cyanobacteria within their tissues. The bacteria give the sponges their red, brown and green colors. The sponge’s depth can affect the strains of bacteria that it hosts, so shallow sponges tend to contain brightly colored algae, while sponges in deeper water are often paler.

Giant barrel sponges do not receive any food from the cyanobacteria, and it’s unclear whether the bacteria provide any benefit at all. The host sponge can survive without bacteria for long periods, although scientists suspect that the algae may play a role in fighting disease. The research continues. Giant barrel sponges are different to most animals that have cells to perform different functions, like nerve cells, blood cells and skin cells. The sponge’s cells do not have specialized purposes.

Each cell in a sponge’s body can transform to complete the necessary functions of any other cell. Because of this, sponges can recover from and survive being torn apart or even being placed in a blender (though we do NOT recommend it)! 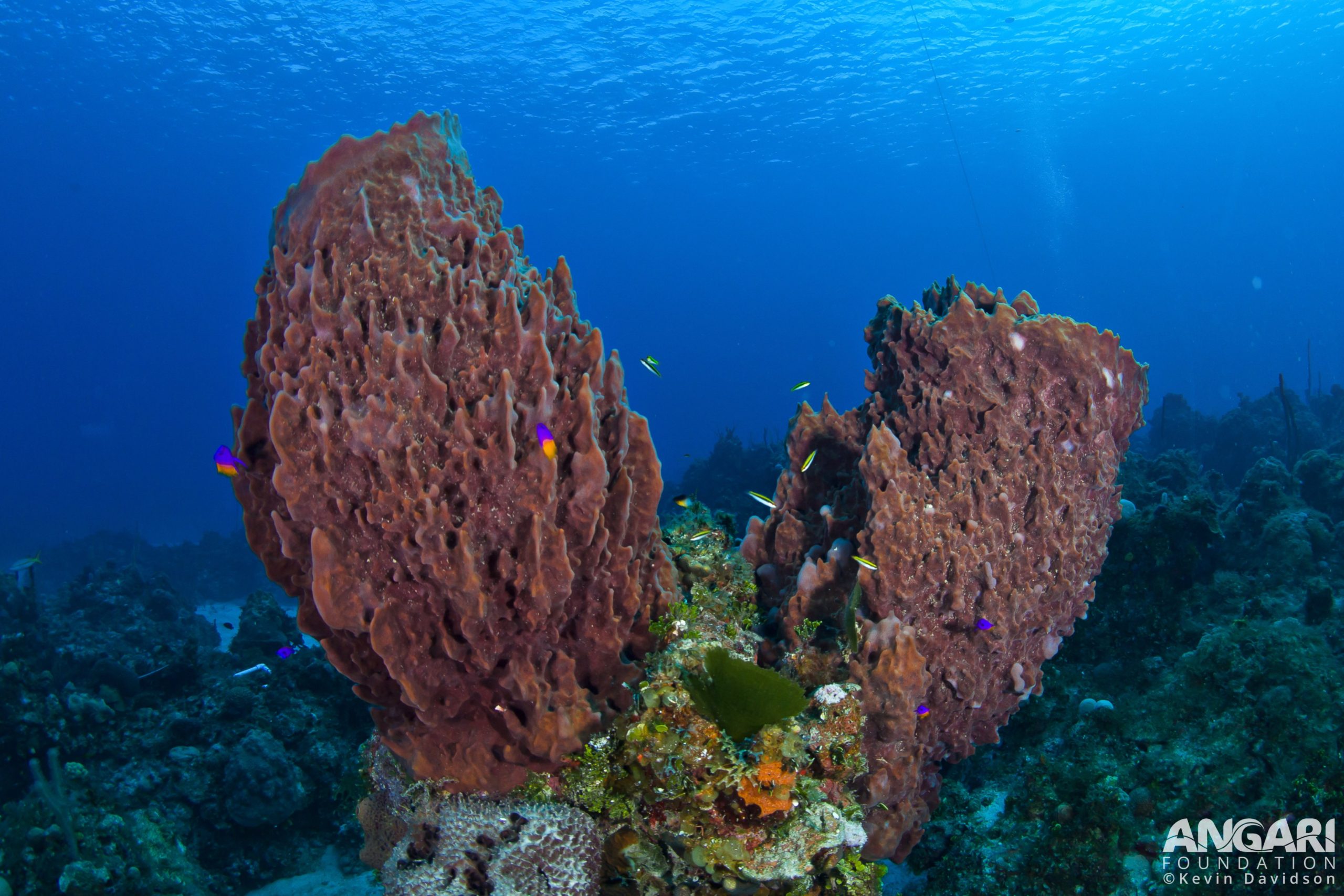 #8: What is Sponge Orange Band disease?

Despite its prevalence, very little is known about SOB disease, and scientists are still determining whether it is caused by a bacteria, virus or environmental stressor. Further study is needed to determine the culprit and identify how the condition is transmitted between sponges and across reefs.

These ancient organisms have supported Caribbean reefs for thousands of years, and still stand tall today as iconic ocean invertebrates. You can support their conservation by making reef safe choices and speaking up for the needs of our oceans! Don’t remove these marine animals from the reefs.