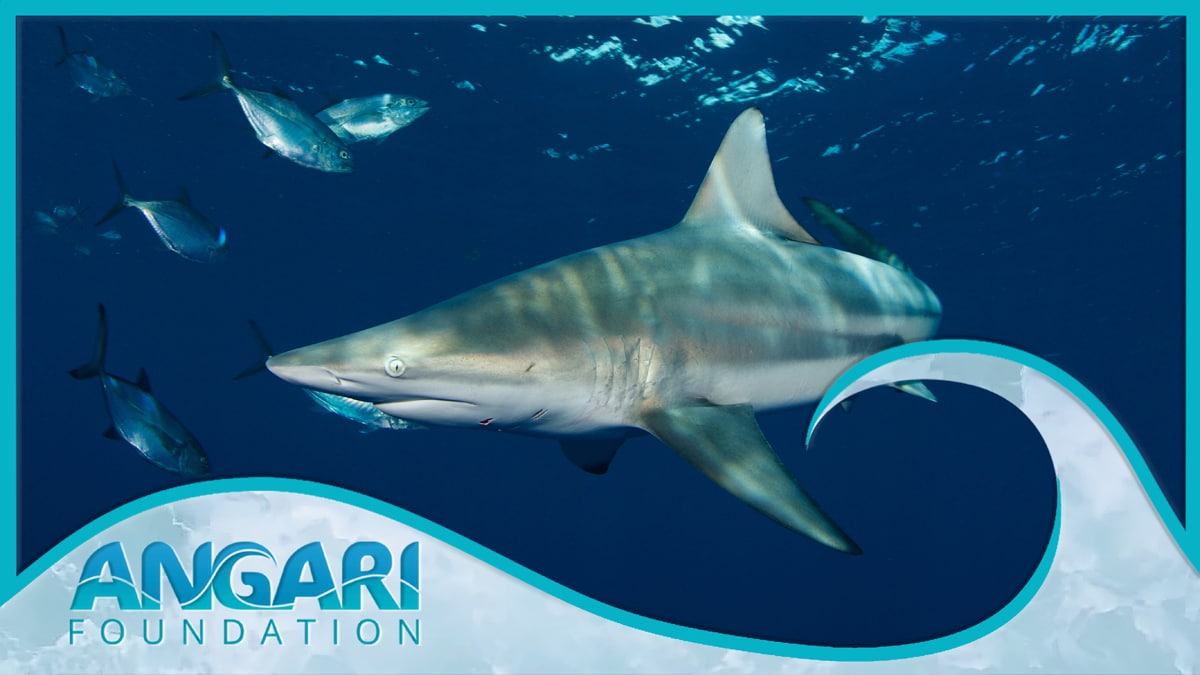 West Palm Beach, Florida (January 25, 2021) – ANGARI Foundation is excited to announce the release of its 360 film “Generation Ocean: Sharks,” premiering on January 27, 2021. The second of the “Generation Ocean” series, this short film follows Florida Atlantic University (FAU) shark scientist Stephen Kajiura and his research team from the FAU Elasmobranch Lab as they study the well-known blacktip shark migration, a natural phenomenon that brings blacktip populations down the eastern coast of the United States to South Florida every winter. The film also speaks to predator-prey dynamics and the interactions between blacktip and hammerhead sharks.

The 360 film experience fully immerses the viewer, providing them with an up close and firsthand perspective of the fieldwork and making them feel as if they are part of the research expedition. “Generation Ocean: Sharks” is set in Palm Beach County, Florida aboard oceanographic research vessel R/V ANGARI and a reconnaissance plane conducting aerial surveys. Both underwater and drone footage are also featured.

Kajiura, a professor of biological sciences and director of the FAU Elasmobranch Lab, began studying the migration 10 years ago when news outlets contacted him about shark sightings from their helicopters. “We were surprised to find tens of thousands of sharks hugging our shoreline in the winter months,” said Kajiura. “That’s 1,200 sharks per square kilometer (or approximately 2,000 sharks per mile) within 200 meters (650 feet) of dry sand beaches.” explains Kajiura whose shark migration research is supported by the Colgan Foundation.

Over the last decade, the FAU Elasmobranch Lab has expanded its research studies to include shark swimming kinematics, predatory behaviors, interspecies relationships, environmental triggers and more. This research involves several methods, many of which are demonstrated in the film. “We are delighted to be able to showcase our research to the public and, particularly, middle school and high school students to inspire them to also consider careers in marine science and conservation,” says Kajiura regarding the 360 film experience.

ANGARI Foundation produced the 360 film, in collaboration with the FAU Elasmobranch Lab, as part of ANGARI’s “Generation Ocean” series which immerses viewers in real-world marine science research expeditions. The film takes the audience through the entire research process, from scouting shark populations from a plane to tagging sharks off the back of a boat. Additionally, “Generation Ocean: Sharks” makes use of the one-of-a-kind 3D animated model of the great hammerhead shark Nemesis, which was produced and released by Digital Life, VRTUL and ANGARI Foundation last year.

“The premiere of our third 360 film and second of the “Generation Ocean” series is another great milestone for us,” said Kari Rosenberg, the vice president of Production at ANGARI Foundation. “We’re incredibly proud of this project, from the footage we were able to capture while working with the science team in the field to building a story that is not only fascinating but also compelling. It’s exciting and rewarding to be able to share such important research in a fully immersive way.”

Using innovative technology like 360 film and virtual reality headsets to bring marine science to the public and into schools is an important component of ANGARI Foundation’s mission. The Foundation will be releasing educational resources, including standards-oriented activities and lessons, to complement the film and facilitate a more in-depth and engaging marine science learning experience, be it in the classroom or via distance learning. Like all ANGARI Education assets, these will be made available at no cost to educators. In concert with the film release and this year’s blacktip shark migration, the Foundation will also be publicly livestreaming a panel discussion featuring local shark experts on February 17 at 6 PM EST.

The film will be available for viewing in full 360, with or without a virtual reality headset, on ANGARI Foundation’s YouTube channel. “Generation Ocean: Sharks” is poised to bring an important part of the ocean ecosystem to the forefront and gives everyone a more personal experience with some of the most exciting marine animals.

About ANGARI Foundation
ANGARI Foundation is a 501(c)(3) private operating foundation established in 2016 and headquartered in West Palm Beach, FL. The Foundation is dedicated to creating a global community that is interested, knowledgeable and invested in marine and environmental sciences by directly supporting research initiatives that foster a greater trust and dialogue between scientists and the public. ANGARI Foundation uses innovative technology, film and other media to raise awareness and strengthen science education. Many of the Foundation’s primary initiatives involve R/V ANGARI, its 65-foot oceanographic research vessel that serves as an exceptional research and education platform. For more information visit www.angari.org.