I am an associate professor at the University of South Florida College of Marine Science. This is the Neptune mass-spectrometer, an instrument we use to analyze samples. Here I am measuring strike and dip in the field in the Cotswolds, UK. My father, Dr. John Conway, and I at an outcrop of iron-rich limonite rocks and white chalk at Hunstanton cliffs, UK. 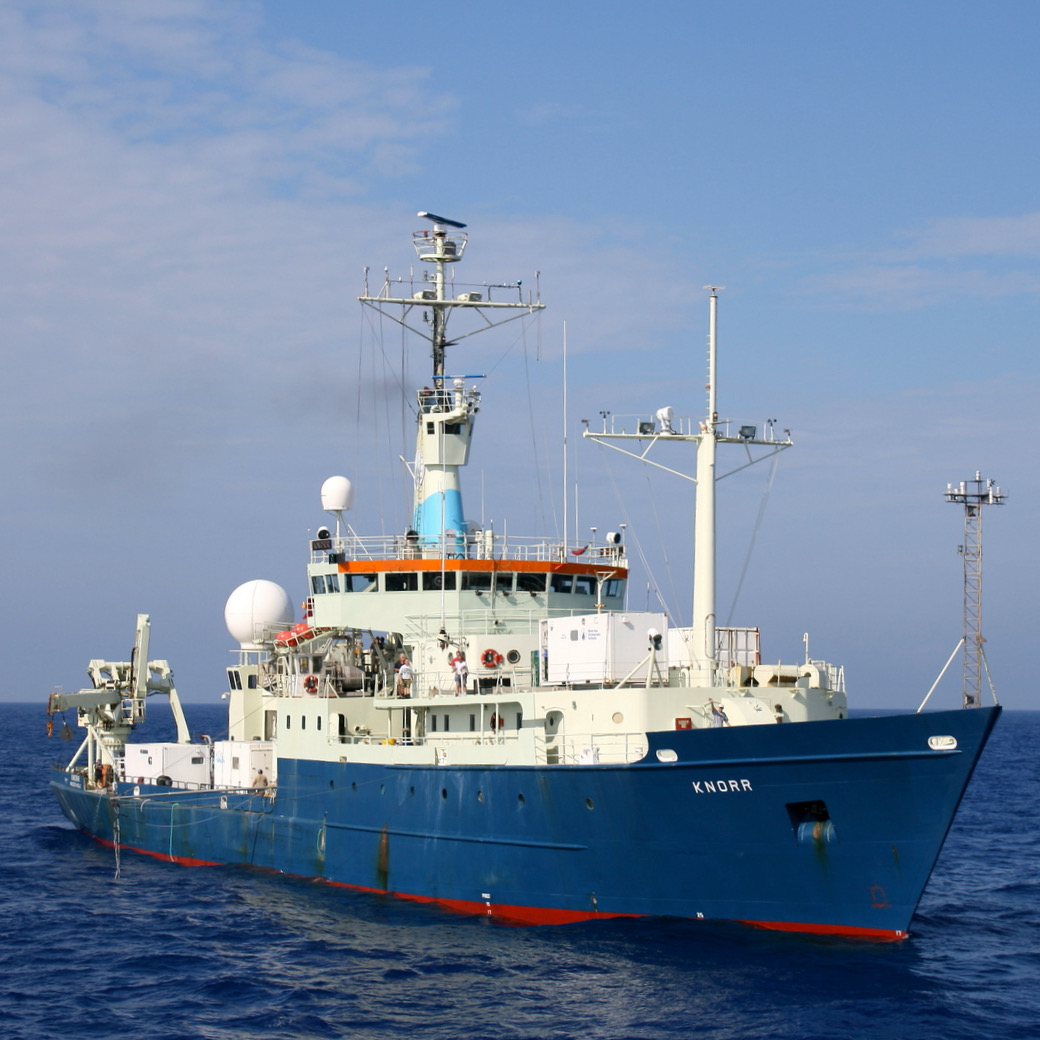 The research vessel Knorr in the North Atlantic on a GEOTRACES intercomparison cruise. PC: Tim Conway In the clean lab with Angela Rosenberg. 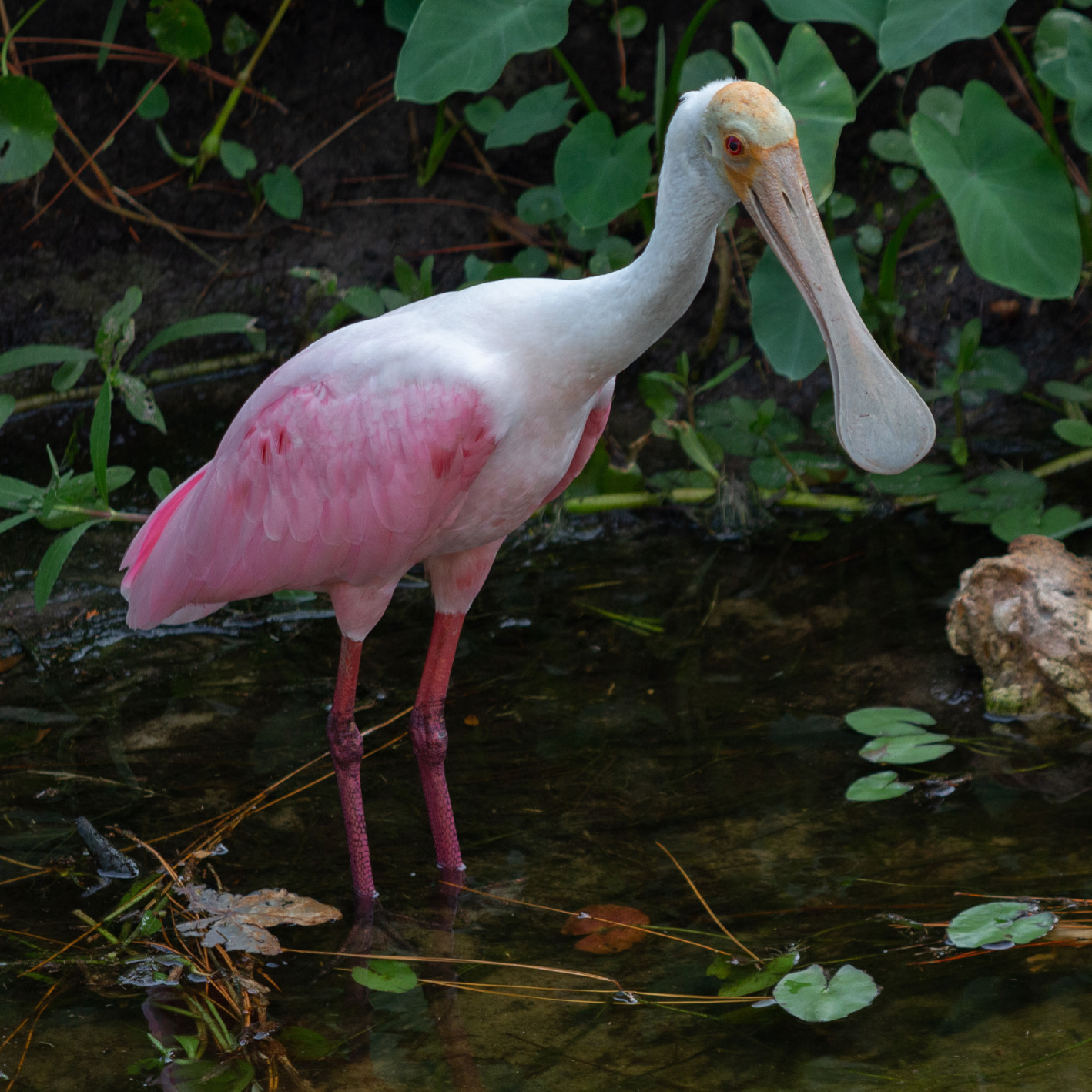 I am speaking at the University of Cambridge on how iron limits surface plankton growth over much of our oceans. I am a chemical oceanographer and an associate professor at the University of South Florida College of Marine Science. My research focuses on the cycling of trace metals such as iron, zinc, nickel, and cadmium in the oceans, which are all important nutrients for marine organisms. I use ‘isotope ratios’, chemical fingerprints of these metals, to figure out whether they have come from natural sources such as submarine volcanoes, marine sediments, and atmospheric dust, or from human pollution such as combustion emissions. During my Ph.D. I studied dust from the 800,000 year old EPICA Dome C Antarctic Ice core in order to figure out how much iron reached the oceans during colder intervals in the past, and grew diatoms on the dust! I am very involved in the International GEOTRACES Program which is mapping the oceans for many different elements – right now I have research going on in the Atlantic, Pacific, and Southern Oceans, as well as in the Gulf of Mexico and over the West Florida Shelf.

Get To Know Tim

Where are you from and where did you grow up?

I am from the UK originally (though have lived in the US and Switzerland since 2010), and grew up in a small village in the Cotswolds in the South West of England.

What is your favorite element? Why?

This is a tough one…I should say iron, because it’s what i work on, but I also have a soft spot for Promethium because it’s just so rare – there’s maybe only 500 g of it in the whole of the earth’s crust!

What do you like to do in your spare time?

Mostly birding, travel and photography, but during covid times it’s really been cycling and bird photography…thankfully South Florida has so many great birds!

What kind of questions are you investigating with your research?

I’m really focused on how metals such as iron and zinc get into the ocean from sources like dust, undersea volcanoes, or sediments – and how they are used up by living organisms, and how this affects the chemistry of the ocean and climate change.

What field and laboratory methods do you use to investigate these topics?

We do ocean cruises on large research vessels (we have one going out from Tahiti-Chile at the end of 2022). Since we’re interested in metals like iron but are traveling on rusty ships, we have to be really careful to get clean samples – special plastic coated bottles and procedures are needed – clean lab suits like you see NASA using! Back in the lab we use really clean chemistry and mass spectrometers to measure how much metal there is in the seawater.

Have you traveled to any unique places for fieldwork to collect samples? How did you get there?

I spent several months during my Ph.D. in Bermuda to collect rain and dust samples and also carry out experiments. But our samples come from cruises all over the world – members of my lab have been to Alaska, Bermuda, Canada, Hawaii, Tahiti, Antarctica, and Chile in the past few years.

What path did you take to get where you are now? Did it work out like you thought it would when you first started thinking about what kind of career you wanted?

Really, it wasn’t very well planned. I really enjoyed many sciences in high school and ended up doing natural sciences at Cambridge – there I realized I mostly hated physics and math, but I loved geology. My path then led more into past climate science and then opportunities came along in marine geochemistry. As I was looking for a postdoc, the International GEOTRACES program in chemical oceanography was kicking off, and I was lucky enough to get really involved in the US part of that.

What skills does it take to be a successful scientist, especially within the field of marine geochemistry?

For my work, I think – attention to detail, being clean and precise, always doubting your data quality..there’s just a lot of care which goes into our measurements. For scientists in general…learning to distill and communicate important information quickly – I always say to my grad students they should imagine they only have 5 mins to brief the president with the salient details of a research article – what’s important? It’s also important to follow the scientific method and Occam’s razor, to be honest in your uncertainties and mistakes, and always be willing to be open to being convinced by new evidence.

Do you have any advice for others wanting to enter your field?

I think we’re a really interdisciplinary field – so take a good range of earth science and biological courses at university level…for me, having a really strong background in earth sciences helps me understand the big picture for ocean chemistry. Also – think critically!

What is the most difficult and rewarding part about your work?

Probably getting the mass spectrometer to cooperate – these instruments have minds of their own and have to be treated with care…but a day spent on them can be very relaxing, especially when I see students excited getting really great data.

Read more about other marine professionals who are committed to ocean science and conservation.