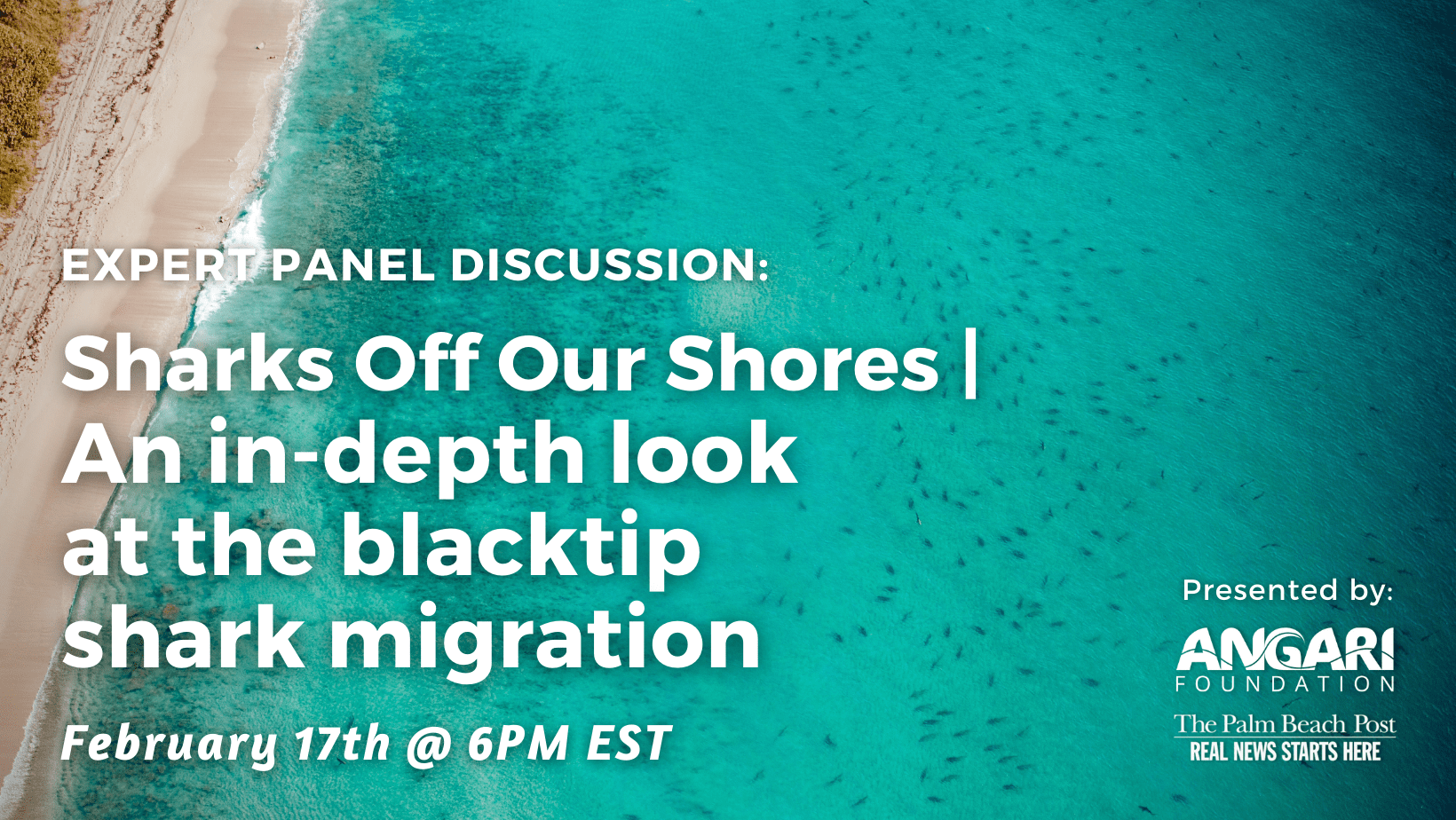 In the late winter and early spring each year, thousands of blacktip sharks migrate south along the eastern seaboard of the United States to South Florida. This phenomenon has garnered the attention of Florida beach goers, fishermen, media and scientists.

Join expert panelists, including shark scientists Stephen Kajiura and Marianne Porter from Florida Atlantic University and Yannis Papastamatiou from Florida International University, in a discussion about Florida’s annual shark migration. They’ll share their efforts to study and better understand the blacktip sharks, their annual migration patterns and interactions with predators and prey. We will also be joined by ANGARI Foundation film producer Kari Rosenberg who will talk about sharing this scientific research with the public via immersive media formats like 360 film and virtual reality. Audience questions are encouraged!